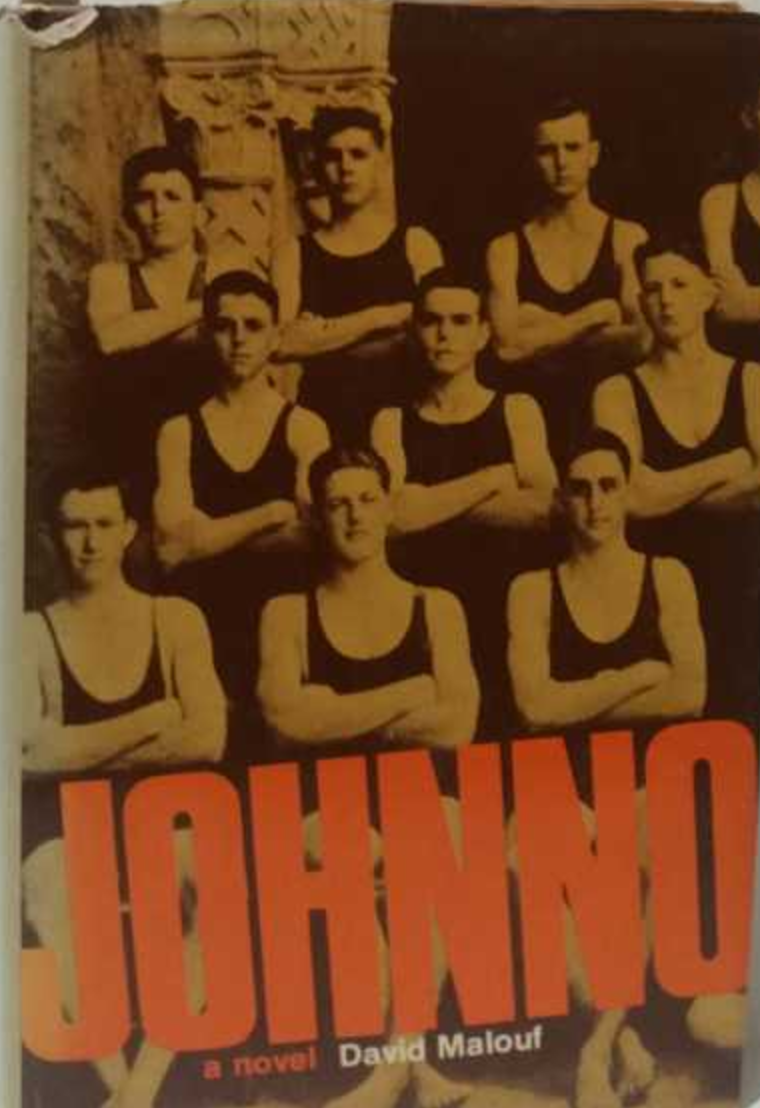 Last week I attended a Masterclass at Melbourne University on “Johnno” by David Malouf, one of our most celebrated writers. This is the first novel of this iconic Australian poet and author, published in 1975 at the height of the Whitlam Era. Patrick White described this as the best novel written by an Australian author at that time. It is a sensitive story with great insights into relationships and the search for self identity. The Masterclass was fascinating as David Malouf attended in person!

“Johnno” is semi autobiographical, and deals with growing up, the changing relationship with parents, and a complex friendship between two boys. It is set in Brisbane, in the suburb where the boys live, at the school they go to, the library they inhabit and the social scene of this city when they are at university. Brisbane was considered a city with little to recommend it, but Malouf brings it to life, and those that grew up there comment on the accuracy of the geographical images created, but also the description of the soul of this city. This book demonstrates that it is OK to write about urban life, families and friendships, and to set this against the backdrop of everyday life. In this way this book becomes an important piece of social history creating a near perfect feel for Brisbane of this time.

The book starts and ends with the main character considering his relationship with his father, how little he knew him, and how he had not allowed himself to explore and search out the real essence of his father. There is a great contrast between the active father and the bookish son. He saw only that part of his father that allowed him to exist relatively comfortably in his own space. He did not explore his father’s idiosyncratic tendencies that would have been difficult to reconcile with his school mates description of their fathers.

At the end of the book he is going through his father’s things following his death, and he realises that his view of his father was what fitted most easily with his view of himself. As he looks through what his father has left behind he is struck by a profound sadness for what might have been, the realization of what he had missed.

The main focus of the book is the very complex relationship between two very different boys. Johnno, who is the an intelligent, but reckless, unsettled and wild personality, and the main character who is dubbed Professor or Dante by Johnno based on his intelligence, academic achievements and “wise” decisions. The boys follow the journey of the other from afar for most of their growing up, as they attend the same state school and later Brisbane Grammar. They operate in very different circles but have an ongoing fascination for each other that both draws them together, and repels them apart.

Both boys are not comfortable in their own skin, and do not see themselves from within, but reflected in those around them-their parents, families, teachers and friends. They are searching for validation, permission to be someone they are not but would like to be.

It is at university that their paths cross more frequently and they begin to explore a more direct friendship. Johnno introduces Dante to a world of bars, brothels and debauchery, in which Dante follows him remaining on the fringes as an observer. At various times there is a glimpse of an invitation for a greater degree of intimacy between them, but after a series of lost opportunities, Johnno heads off to the real world in Africa, then Europe, and Dante binds his time in a mindless job drifting from year to year in Brisbane. Eventually Dante follows Johnno to Europe to meet up on his way to work in England.

Johnno’s self destructive behavior continues, and Dante is struck by his fragility, vulnerability and lack of purpose. The fascination continues but the tension between their very different personalities escalates. Ultimately they return to Queensland, and there is the mystery of Johnno’s death and the letter received by Dante from him following this event.

Both boys could be seen as searching for the key to life, and suspecting that they had missed out on something that could be found in the other. They are looking for a special connection, and suspect their friendship might provide this. They are characters that become intertwined, often in tension, and not often in harmony. There is an ongoing awkwardness between them, intensity , and agony, of knowing that they have missed some significant signals and opportunities. There is an ongoing misunderstanding and misconnection that creates mystery and ongoing appeal.

Dante goes outside his comfort zone to continue his friendship with Johnno. He does not want to be as excessive and self indulgent, does not approve of Johnno’s self destructive tendencies, but accompanies him, rescuing him and saving him time and again. He does not identify himself with Johnno’s lifestyle, but he does go to the bars and the brothels as an observer and caretaker. His personality is not unified, as he makes himself appear different to how he feels inside to be able to be the friend that he thinks Johnno is looking for. He plays up to what Johnno expects him to be, and reflects what Johnno is looking for.

In reading and thinking about this book, I am struck by the presentation in my work of how some couples present when their relationship is over. Once they have accepted that they will no longer continue a relationship together, they often appear to lose sight of what it was that attracted them to the other, and what kept them together for so long. Instead of focusing on the fascination with the other, they cannot see beyond the tension between them, the differences and incompatibilities. Regardless of how they see themselves within, they are no ,longer willing to reflect in any way what the other expects of them, thereby highlighting the differences and inconsistencies, destroying any hope of being able to work together in the future.

In family disputes it can be useful in these situations to facilitate an acceptance of the demise of the personal relationship, the negotiation of a new relationship based on different assumptions and expectations. This is particularly important in parenting disputes where it is crucial for the parents to understand what is happening to their relationship and to create a new foundation to move forward as parents rather than a couple. David Malouf puts this so well

“Maybe, in the end, even the lies we tell define us. And better, some of them, than our most earnest attempts at the truth”.

At Creative Family Law Solutions, we strive to respect the view of our clients regarding their relationships and important people in their lives. We work with them to increase insight so that they can gain greater clarity and make the best decisions for themselves at that time. We also seek to make strategic relationships with other professionals who seek to work in a complementary manner. If you would like to establish a relationship with us, please contact us to begin a conversation.