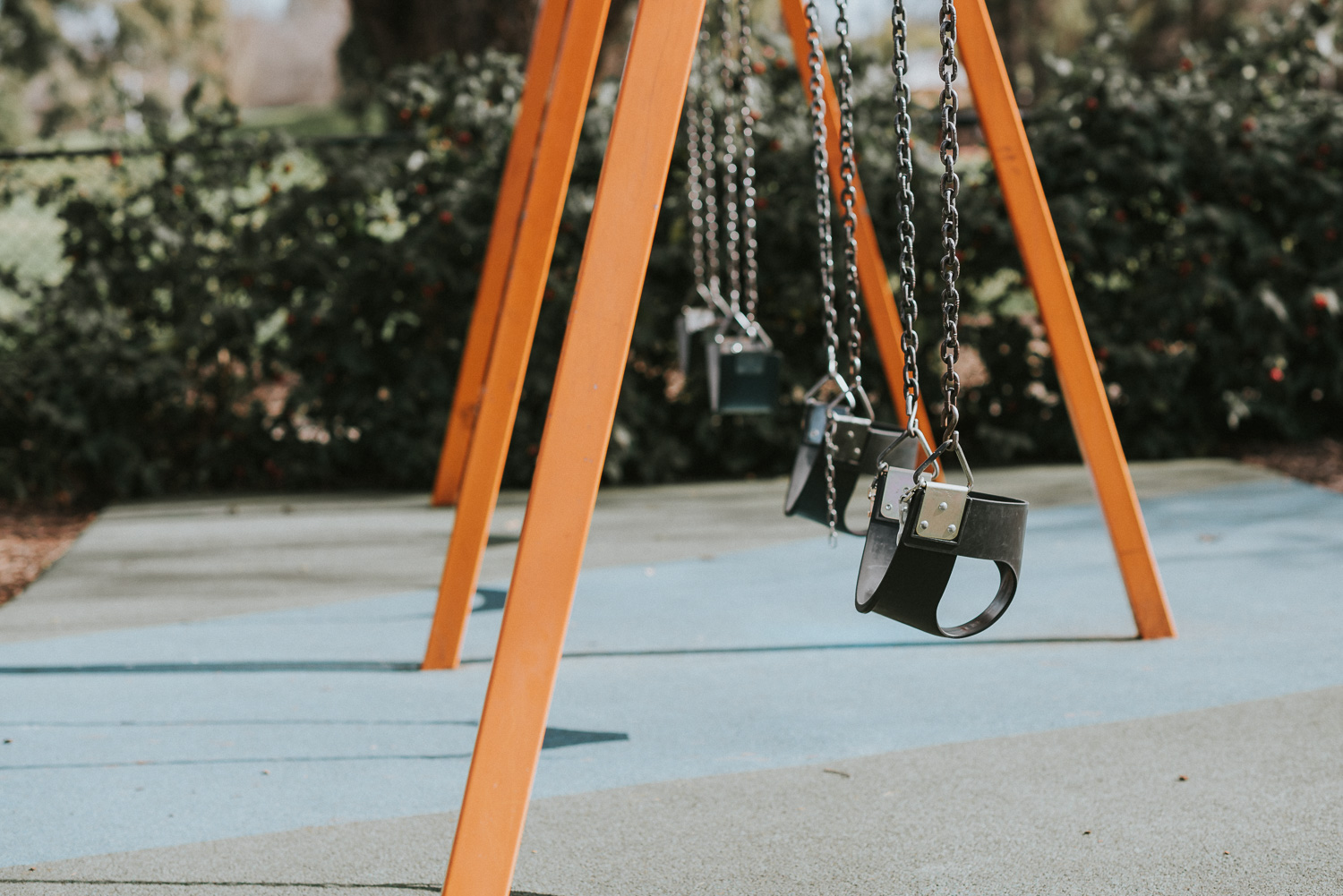 Recently experts and professionals from around Australia and overseas gathered in Adelaide to explore issues relevant to the “alienation” of children [1]. There was general agreement that this involves a very small subsection of separated families. From a child’s perspective, alienation can be seen as the result of parents pulling them into their conflict to form an alliance with one parent against the other parent, and as such a form of child abuse. This results in confusion, trauma, isolation and lack of connectedness. It occurs over time and can only be corrected over time- it can be very difficult to untie the knot.

There is a range of behaviours that can be seen on the part of children when their parents have separated that are sometimes labelled as “alienation”.These are characterised by resistance and refusal to spend time with one of the parents and often take place against a backdrop of high conflict. It can be difficult to distinguish between protective behaviours as opposed to restrictive gatekeeping. The type of alienation considered has been described as ‘where a child freely and persistently expresses unreasonable negative feelings and beliefs towards another parent that are disproportionate to their actual experiences of that parent’.

Alienation has been described as pathological in the extreme. It reflects the influence of one parent adversely and persistently upon the psychological functioning of the child. This is projected onto the child who then reflects the underlying parental psychopathology and personality disorder and dysfunction. The child cannot explain their feelings adequately because their presentation does not reflect their genuine feelings. [2] They become emotionally fused with the Favoured Parent, taking on board the emotional experiences of the parent as if they were their own. This may be experienced as:

A common characteristic is resistance and sometimes refusal for a child to spend time with one of their parents (the Rejected Parent”). Messages that are very subtle are sent by the Favoured Parent to the child, which can be received by the child very differently depending on their background, age and stage of development, and the temperament of the child. But like most patterns of behaviour involving separated families, investigation and careful analysis can reveal this to be:

These situations can be regarded from the child’s perspective as involving one parent they seek to be with, or the Favoured Parent, and the other, who the child can be regarded as seeking to avoid spending time with, or the Rejected Parent. The extent to which the Rejected Parent regards themselves as isolated from their child can be seen as on a continuum from being slightly estranged, to fully alienated. It is important to explore this relationship and analyse the nature of the relationship between the child, the Favoured Parent and the Rejected Parent, to determine where the family dynamics fall on this continuum. This will inform the best approach to the situation, the appropriate interventions and provide the basis for an ongoing action plan to ensure best outcomes for the child.

Consequences for the child

This is an extremely complex and difficult area for professionals to manage and there is relatively little research for adequate guidance. The most interesting material is based on investigation of adults who had these experiences as children. The results show that children may not show the consequences of this family dynamic for quite some time, but they are in many cases profound and debilitating.

The significant issues for these children later in life include greater anxiety, lowered self-esteem, and a reduction in social competence.

There are various types of behaviour that may not necessarily mean that children are being alienated, but can be signs that this may be occurring[3]. Alienating behaviour does not always lead to alienated children. The behaviour may include:

These behaviours can be seen as involving compromised parenting on the part of the Favoured Parent, such as:

The common behaviours of the Rejected Parent include:

The features of real alienation involve a campaign of denigration and vilification. There is a rejection by the child of a once loved and cared for parent. There is an absence of any guilt and a lack of ambivalence, as well as an alarming level of dispassion and indifference on the part of the Favoured Parent. There is an expectation by the Favoured Parent of ongoing rejection of the other parent, and an inability or unwillingness to intervene.

How to deal with this behaviour

Both parents need to engage to change the alienating behaviour. They both need to understand the dynamic, how they may be contributing to this dynamic, and wish to engage in strategies for improvement. Most situations occur in a context of high conflict behaviour and involve some rational and some irrational components. The courts have determined that behaviour should not be described as “alienation” without expert evidence confirming this[5], but the concept has real meaning and can be useful for parents to understand[6]. These parental alienating behaviours can result in alienated children. It is often extremely difficult to prove that any parent is engaged in alienation, and the better approach to the Rejected Parent would be to ask them “Do you want to prove that the child has been alienated or would you like to improve your relationship with the child?”

These children typically experience one world view with one parent, and a completely different view with the other. They cope by “splitting”. Being interviewed brings both world views into the room at the same time, and this collision can be extremely distressing and traumatising for children living this existence. Issues of safety are the crux of the problem, as the child’s feeling of safety is tied to the parent who is likely to be perpetrating the trauma. The question becomes what is the least detrimental outcome? How can we manage the risk? And according to the experts, any significant change can only be successfully achieved by the parents, and not through the therapists!

There is a need for an early response to this type of behaviour based on a general acknowledgement that the longer they continue, the harder they are to deal with. They require a multidisciplinary co-operation and collaboration, and cannot always be successfully helped, which is not obvious in advance. These cases involve a higher proportion of personality disorders which again makes them even more challenging for professionals and families to manage.[7] They generally involve poor communication and the parents are both not necessarily equally responsible for the conflict.[8] One parent may be trying to engage in the conflict, and the other trying to disengage with the conflict. The conflict can increase in complexity due to concurrent litigation, where there can be the manipulation of court orders, self-represented parties, appeals and complaints to professional bodies.

Best practice involves early risk assessment. Interim arrangements involving time with both parents and the support of appropriate professionals must be made as early as possible. Safety must be prioritised, and supervision is recommended to provide an independent perspective. Case management is imperative with short adjournments and a progression of time following an expected schedule. There must be early intervention by a therapist for both parents and the child, and the Favoured Parent must be encouraged to demonstrate support for the relationship with the Rejected parent. The factors that must be taken into account include:

Judges have a very important role in the management of these matters. They are able to provide a sense of accountability, warn of the harm and the cost of the conflict. They can facilitate a focus on the welfare of the child, and settlement without a trial. They can also provide soft orders including non denigration, court directed counselling, and clear consequences for violation of the orders. The provisions must be detailed and specific to limit the scope for parental conflict, and facilitate enforcement. They must be multidirectional, towards parents, third parties such as schools, seek the appointment of an ICL to manage and monitor issues such as mental health, and parallel strategies such as FDR. There must be severe consequences for enforcement including options such as less time for the Favoured Parent, supervised time, change of residence with limited time with the Favoured Parent, the involvement of Child Protection, and consideration of foster care.

More time with the Rejected Parent can send a message to the Favoured Parent. Change of residence with supervision or suspension of time with the Favoured Parent can send an even more drastic message. But there are many questions about such options. How does this impact on the best interests of the child that must be the paramount consideration? What about the parenting capacities of the parents to support these alternatives? What of the potential emotional harm to the child? What is the greater risk-the short term or long term detrimental effects? The test must be to find the least detrimental option. [9] At some stage the Rejected Parent must consider when it is appropriate to give up using the court to enforce their relationship with the child.

[3] In 55 % of reported cases in Australia where there are allegations made of Parental Alienation, the judge did not find that this had taken place, and that there were other reasons for the behaviour of the children. Often family violence is also an issue nd this can be seen as a important reason for children not seeing the other parent. This can be regarded as “protected gatekeeping” and acting protectively due to safety concerns.